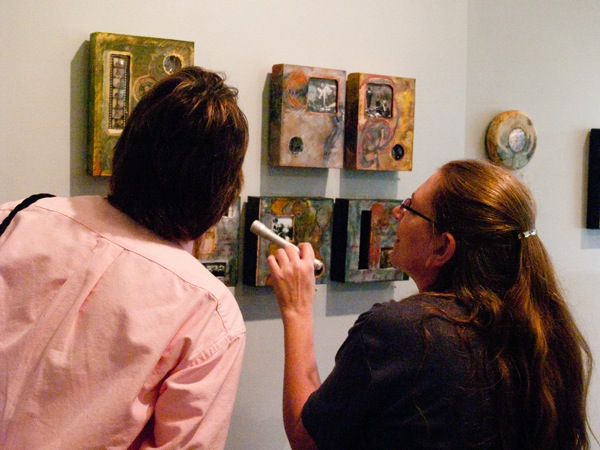 This year I have been able to exhibit this multi-faceted body of work in two stellar locations. In June/July 2014 the Lovely and Amazing books were displayed at 23 Sandy Gallery in Portland, Oregon and this fall the boxes and 3-D collages in the series will be exhibited at Niza Knoll gallery in Denver.

Lovely and Amazing, begun in 2006, is a tribute to Ruth Wheeler, beloved biology teacher, naturalist, youth advocate and feminist who lived and worked in north Denver for 70 years. Ruth found the natural world a place of endless delight. She left behind a collection of biological specimens, notes and photographs which I have incorporated into a series of three-dimensional collages, boxes and book works. 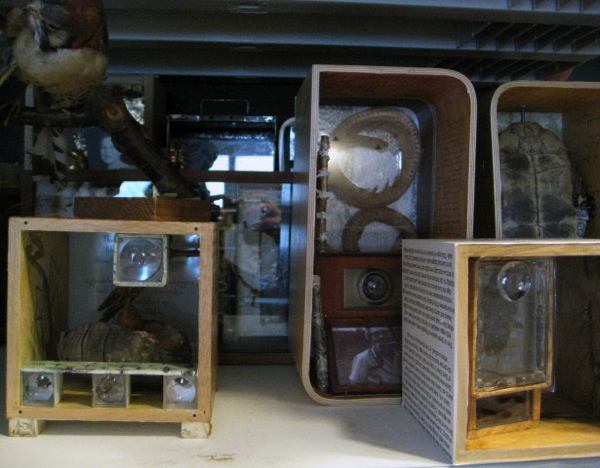 Ruth was my great-aunt, and, because she raised my father, her role in our family life was much as a grandmother’s might be. She was educated, reverent, passionate and endlessly curious. Unlike anyone else I have ever known, Ruth was an important figure in my childhood. Visits to her house might include walking her ferret around the block on a leash, trying to coax the giant snapping turtles to do more than lie around in the big wash tub in the back yard or agitating the miniature alligators that lived in the basement utility sink. 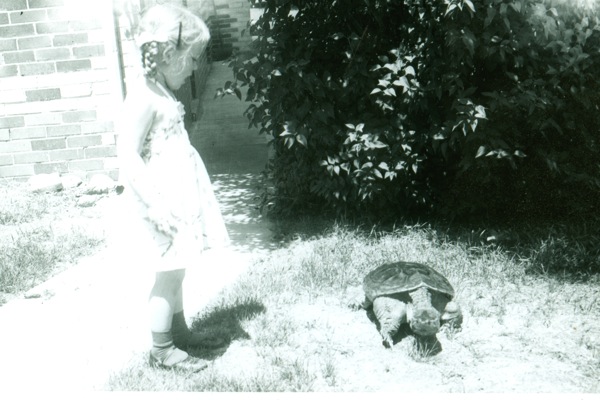 My favorite visits were those that included feeding the snakes from the stock of white mice that Ruth raised for that purpose. There was a kinkajou living in the basement. He had a peculiar odor but I nonetheless loved creeping down to the basement at night to watch his nocturnal pacing, his protruding eyes luminous in the dark.

Born in 1899, Ruth lived, lucid, independent and strong, well into her 99th year. Although other family members moved in and out of that house over the years, it was always Ruth’s house in my mind. This rotating roster of inhabitants seemed always to perch around the edges of the real inhabitants of the house, Ruth’s collections of creatures. Not pets, these birds, mammals, reptiles were collected, cared for and eventually preserved. 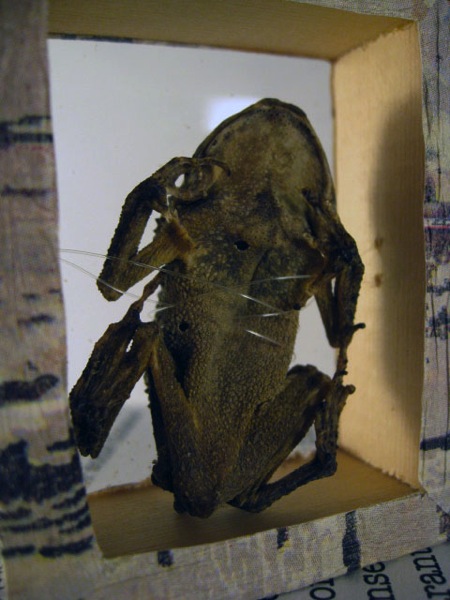 During her final decade, I stayed with her on my visits to Denver. I spent afternoons recording her as she told and re-told tales of her life. Concerned about what would happen to her collections, Ruth started gifting me with a variety of biological specimens. As I boxed up her various collections (things such as insect specimens, snakeskin’s in old jelly jars, stuffed birds on sticks, owl pellets, taxidermied small rodents, fossils and preserved plants) she told me stories. She told me about the ornithologist who taught her a down and dirty method of preserving birds and other small creatures and about the day she was called home from school when one of her king bull snakes escaped its cage and was coiled in the bathtub, my great-grandmother trying to retrieve it with a spatula. 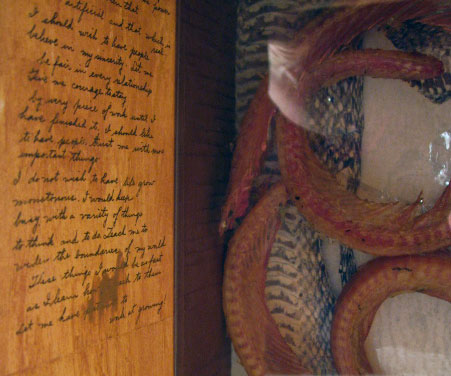 Later, when readying her house for sale, I retrieved and stored many of the letters, photographs, family heirlooms she, along with other family members, had left behind. Seven years passed before I began incorporating these objects into my own studio work. I relish the days I spend in the studio working on this project, thinking of Ruth with a smile.